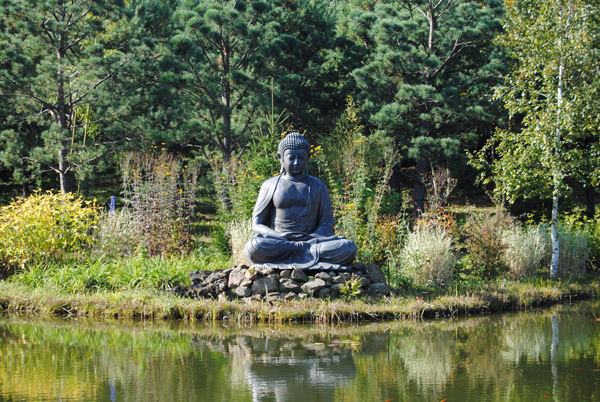 It is said that Buddhist melodies can be described as being strong, but not fierce; soft, but not weak; pure, but not dry; still, but not sluggish, and able to help purify the hearts of listeners.

The teachings or Dharma of the Buddha mention music on many occasions. It is written in an important Buddhist text the Amitabha Sutra, that heavenly singing and chanting is heard all day and night in the world around us: as flowers softly rain down from the heavens; as birds produce beautiful and harmonious music; the blowing of a gentle breeze; the movements of jewel trees… all being played together in harmony, in order to guide sentient beings to enlightenment.

In addition to propagating the teachings of the Buddha, this music has long been adapted for use in various ceremonies like weddings, funerals, and so forth. Thus Buddhist Music very much plays a central role in everyday cultural practice among the observant. 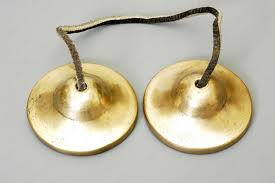 Chinese Buddhist Music utilizes a rich variety of musical instruments. Other than the inverted bell, thought to have originated in northern India, the instruments used in traditional Chinese Buddhist Music are native to China, and include the gong, large bell (qing), large drum (gu), a resonant wooden block known as the wooden fish, small cymbals, large cymbals and Chinese tambourine.

The Development of Buddhist Music 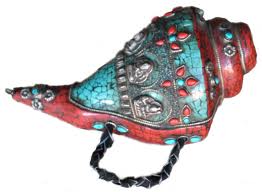 As Buddhism spread to Tibet, the Tibetan traditions of Buddhism encouraged the use of song and dance in certain ceremonies. In Tibetan Buddhism’s larger ceremonies, Lamas can be seen utilizing a variety of exotic ceremonial instruments such as specialized types of drums, windpipes, spiral conches, and trumpets.

When Buddhism was first introduced into China from northeast India, linguistic differences meant that monastics later recomposed and adapted classical folk songs along with some music commonly played to royalty and officials in the Imperial Court, to give rise to the unique flavour and tradition of Chinese Buddhist Music.

Upon the formation of the Republic of China in 1912, the general public seemed to lose its affection for Buddhist Music, and fewer monastics continued the work of writing new compositions. However, in 1930 Masters at the Xiamen City Minnan Buddhist Institute made a call to all Buddhist disciples to preserve and carry on the legacy of Buddhist Music, in order to propagate spiritual education. He further believed that if music could help spread the Dharma, then it would significantly impact the diversity and richness of religious education among the people. At about the same time a recording called “The Qingliang Selection was produced, prior to which most people had limited exposure to Buddhist Music and therefore it did not enjoy widespread popularity.

During the 1950s, many monastics worked diligently to compose the words for new songs with the help of a number of notable musicians Yang Yongpu, Li Zhonghe, and Wu Juche. A selection of the songs they composed was recorded by Fo Guang Shan and released in an album entitled Fo Guang Hymn Collection. Their efforts serve as a great inspiration to those wishing to carry on work in this field.

The Contributions of Buddhist Music 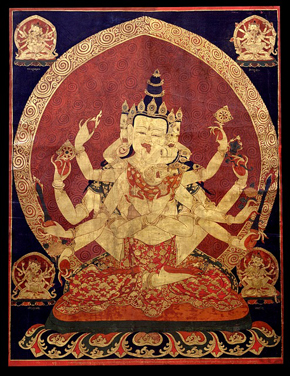 Hymns are used in ceremonies for making offerings or inviting the presence of Buddha and Bodhisattvas. Beautiful compositions such as the solemn Incense Offering Prayer, the Incense Prayer for Upholding the Precepts, and the Prayer for Offerings Made to Celestial Beings embody the virtues of respect and piety.

Characterized by a relaxed and easy tempo, soft intonation, and a dignified, solemn manner, Buddhist fanbei elegantly express the five virtuous qualities that are sincerity, elegance, clarity, depth, and equanimity. It is held that regularly listening to Buddhist fanbei can give the following five graces: a reduction in physical fatigue, less confusion and forgetfulness, a reduction in mental fatigue, greater eloquence, and greater ease in expression and communication.

In the practice of Buddhism, fanbei has an important role in daily living, for example in repentance ceremonies. It is not designed to try to elevate or excite the emotions of participants or practitioners, but in fact aims to help conserve emotional energy, calm the thinking, lessen desire, and allow practitioners to see their true nature with clarity.

The lifestyle common to most people today is busy and quite stressful. With many people seeming to have no place to take any kind of spiritual refuge it can often become quite easy for them to become lost in themselves. However, the pure and clear sounding melodies of Buddhist Music aim to provide a way to communicate the higher spiritual states of mind that are advocated by the Dharma, and can serve to enrich and re-energize the hearts of people. 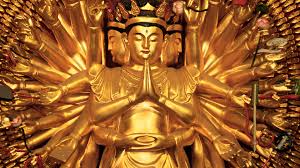 With communications science constantly improving, the feeling is to make optimal use of the technology to find more efficient means to give Buddhist Music wider exposure, such as through the use of electronic broadcasting media including television and radio stations to break through the barriers of differences in cultural backgrounds, social customs, and languages.