Contemporary Christian music remains heard and performed mainly in places of worship and at Christian religious ceremonies, such as weddings, christenings, festivals and open-air masses. It cannot really be said to have joined mainstream music. The converse is not true, however, in that parish churches throughout the western world now share their music ministries among traditional / choral and modern / folk music styles.

This will doubtless have been assisted by a period of fairly vigorous modernization over quite a short period of time around the latter part of the 20 th century – doctrinally centred, at least, on the Second Vatican Council (1962 – 1965).

Music as part of religious ritual was seemingly first used by King David, whom the Larousse Encyclopaedia of Music credits with confirming the men of the Tribe of Levi as the “custodians of the music of the divine service”.

Archaeological and written data have demonstrated clearly that music was an integral part of daily life in ancient Israel/Palestine. People played chordophones and frame drums, and the human voice was important too as both women and men sang love songs along with laments for the deceased.

It’s safe to assume that music traditions originating here will inform all faiths of Abramic origin. 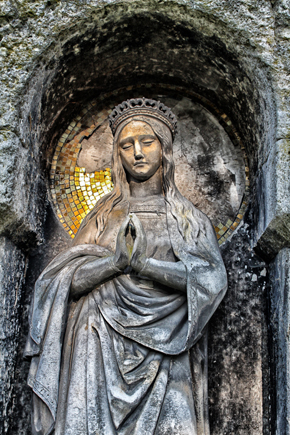 Most people with a passing interest in early Christian music will name Gregorian Chant as the first example that comes to mind that survives in the modern worship context. Its simplicity of form and usual ‘home’ of monasteries or cathedrals with vaulted ceilings deliver a sustained unison of (generally male) voices with a majestic echo/sustain. Names associated with this genre might include Hildegaard of Bingen, William Byrd and Thomas Tallis

According to music historian William Smoldon, instrumental music was not revived and used in the synagogue after the destruction of the Second Temple in 70 AD, (excluding usage of the iconic horn called the Shofar still used in orthodox Jewish communities), however chanting continued. And authoritative research indicates that many of the forms and even melodic patterns of the Byzantine and Western Christian chants were adaptations from the music of the synagogues.

He also claims it likely that the worship-music of the early Church (i.e. in places like Jerusalem, Damascus, Antioch and Alexandria) emerged from Greek and Syrian traditions, together with the service-chants of the Jewish synagogue.

The Psalms, for example, have been sung through all the ages up to the present. The Book of Psalms in its most recognizable currently used form consists of 150 songs and prayers referred to individually as psalms and referenced by chapter and verse.

They are poetic in nature and can include songs of thanksgiving, hymns of praise, but the largest category of Psalms (though not grouped as such in the text) is that of lament (expressions of complaint and pleas for divine assistance or intercession). There appears to also have been an instructional function of the psalms as seen in their references to the law.

Regarding chronology, many appear to have been written early in the history of ancient Israel (first millennium BC or earlier), but others may only have been written after the exile to Babylon, in the sixth century BC. Authorship is also uncertain in spite of frequent attributions to David. 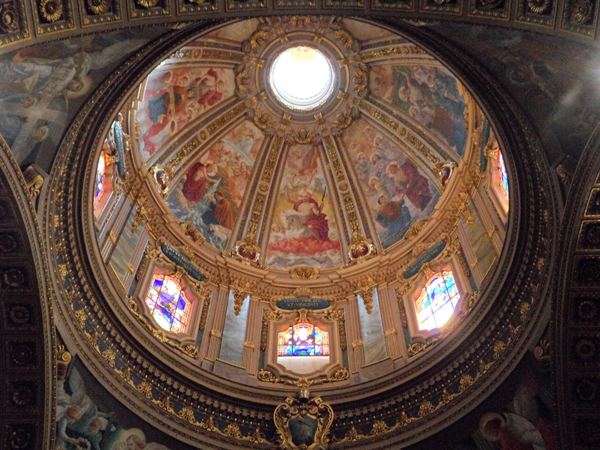 Arguably the golden age for sacred Christian music composition and performance in Europe began in the late 17th century with composers like Vivaldi, JS Bach and Corelli and continued through to the mid 19th century, with major influencers including Handel, Haydn and, Mozart. There was a trend at the time for crown heads of Europe to employ resident court musicians. This kind of patronage meant both a steady income for these
composers, allowing them full and free creative rein, as well as widespread exposure among the most influential and powerful societies of the age.

In urban cathedrals and churches with large numbers of gifted and technically proficient volunteers, choirs can readily undertake four-part motets to a very high standard. This is a genre of Christian music widely known to perhaps three generations of enthusiasts with composers ranging from Byrd and Gibbons to John Rutter.

Recent generations have seen the folk tradition becoming more strongly associated with the sacred Christian music. The genre used to be associated with the Charismatic Christian or ‘born again’ branches of the faith, but that is no longer there as an exclusive link. Modern influences and instruments have attracted amateur and even semi-professional churchgoers to take up a music ministry that communicates with a younger, more family-orientated congregation. This chimes with a crisis of dwindling numbers attending church services, and attempts by most denominations to attract and retain younger congregations.