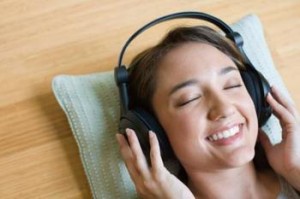 It is no accident that music or chant is an important part of every religion. The purpose is always to attune and uplift, but each religion does this in ways unique to itself. Music, especially when it is combined with mantra or sacred texts, is the most direct way we have of accessing Spirit. Music bypasses the doctrines and dogmas which divide us. It works directly on the emotions and uplifts consciousness. It also unifies the listeners as well as the performers. Every religion has evolved forms that are uniquely its own.

Recent research by the Schulich School of Music, University in Montreal,  Québec, indicates that people’s response to music “transcends different cultures as it emotionally affects diverse cultures in the same way”.  So clearly music breaks down barriers between people.

“Music can be the perfect medicine after a heart attack. Listening to 30 minutes of soothing music every day lowers lowers the chances of having a second one researchers have discovered”. University of Belgrade School of Medicine. What Doctors Don’t Tell  You. July August 2020.

Judaism and Christianity emphasize emotions and exalt the listener. Jewish music excels in putting us in touch with pain and suffering and then transmuting them to joy. Christian music uplifts the heart, exalts, and helps one access the angelic.

Buddhist chant on the other hand, aims at raising one above thought and emotion, and strives to uplift consciousness. Sufi music is uniquely able to induce ecstasy.

Hindu music relies heavily on mantra for purposes of invoking and experiencing aspects of the Divine. Since the Hindu believes God is everywhere, therefore the sacred can be found in everything. Indian classical vocal music often uses the repetition of mantra just as in its religious chants (bhajans). Its aim is to uplift and refine the emotions as well as to invoke different aspects of the Divine.

Not all religious music is sacred. In more primitive forms it can be hypnotic or induce trace. Much depends on the attainment of the performers and quality and beauty of the music or chant itself. Highly evolved singers transmit their high attunement to us. Fine examples of this can be heard in the best koranic chant or sutras being chanted by Buddhist monks. In this case, what is all important is the attunement of the performer. There is no melody, no attempt at beauty, but the effect can be profound and in the best cases, enlightening or electrifying. As materialism spreads, the sacred recedes. Great sacred music is becoming harder and harder to find.

As monasteries close throughout the world, there is less and less sacred music being performed. Latin chant with its mantric power is sung less and less. All over the world pop and rock replace traditional folk and religious music. Sacred music has become a rarity on radio and in the few music shops which still survive. Our purpose is the preserve and spread the very finest sacred music from all the worlds’ traditions. Help us succeed in this task by spreading the word. Mikhail     www.sacredspiritmusicsite.com New Lebanon,  New York

The appreciation of music is a universal feature of mankind; we have been playing and listening to music for thousands of years.  A recent discovery of flutes made from bones and mammoth ivory 40,000 years ago, points to music making as far back as prehistoric societies.

The context and function in which music is used within societies is variable, but within the genre of sacred music a feature which is constant and truly universal is its ability to transcend and unite, to elevate the human spirit.

His Holiness the Dalai Lama comments; “Among the many forms in which the human spirit has tried to express its innermost yearnings and perceptions, music is perhaps the most universal. It symbolizes the yearnings for harmony, with oneself and with others, with nature and with the spiritual and sacred within us and around us.

“There is something in music that transcends and unites. This is evident in the sacred music of every community – music that expresses the universal yearning that is shared by people all over the globe.”

Sacred music communicates with, glorifies and serves the divinities, and surrounding natural environments within a community.  At that level when we participate in listening or singing sacred music of any given culture, we are transported to a place of unity and harmony with it. In this way music serves to break down the distinctions and differences that divide humanity and join us in kinship. Sacred music can entrain brainwaves, altering our biochemistry thereby enabling shifts in consciousness. It offers a place of sanctuary from our busy lives where we can enter states of deep relaxation and healing.

Quite simply it is the language of soul and spirit that lifts us beyond the personal to the transpersonal, connecting us to our essential nature. Hazrat Inayat Khan affirmed this idea in his teachings saying, “Before its incarnation the soul is sound. It is for this reason that we love sound”. NoorShahab, London

How can we define sacred music—especially if it originates in a different culture to our own. Is it music that mentions “Adonai”, or “Allah”, “God”, “Buddha”, or other sacred names? Taking a clue from the ancient Sufi poets that were using the intoxication of wine as a symbol for Divine intoxication, we know that many of their contemporaries did not understand the symbolism and, taking the references to wine literally, took the poets to be drunkards. So, perhaps what the lyrics mention is not a safe indicator. What about the intention of the composer? This is more to the point, though being able to judge the effect of this intention can be very hard. Additionally, what is meant by “sacred”? Is it only what refers to God? Surely this is a very limited and limiting definition.

We have tried here to include music that is considered sacred in its own tradition, music that cuts through cultural dividers and goes beyond their borders and boundaries, music that creates an atmosphere that can be subtle and indefinable, or joyous and transcending. We’ve gone from Tibetan chanting to Christian gospel spirituals with everything (almost) in between. It is rather subjective and at times, we hope, anthropologically interesting but, we also hope, fascinating and inspiring. It is offered as an alternative to the dross that is served through much of the mass media.

As we become more and more aware of the different types of pollution we are subjected to—and most of us try to counteract noise pollution—fewer of us are aware of the musical pollution that surrounds us like the fish in the sea, truly negative vibrations that affect our nervous system as well as our psyche. So, we need to counteract this with an alternative that is healthy, life-affirming and creates a sacred attunement.

This internet radio station is intended as a step towards that endeavour. This work is just started and we shall monitor, change and hopefully improve it with your feedback. Aziz, London

Music enables us to go beyond thought. When we are uplifted by music we don’t need to know why the music is uplifting; our experience can be a joy in itself. We can debate about the differences and similarities between the religions of the world or the structure and composition of music and that can have it’s place.

In the same way we can discuss the chemical composition of honey but personally I enjoy the sweet taste. “Music creates a resonance which vibrates through our whole being. It elevates us beyond the denseness of matter and touches us, creating a state of exaltation”. H.I K. Michael Vakil, London

Sacred music is an upliftment of the spirit and Sacred Music Radio is a wonderful gift to its listeners. This is a beautiful collection of mystical and magical music and chants to enhance our life. Malcolm Stern, London

Sacred music is a call and response between the human heart and the divine.  As such, music can be a purifying fountain of beauty that washes away all traces of illusory separation and disconnection, uniting us with the wholeness of life. 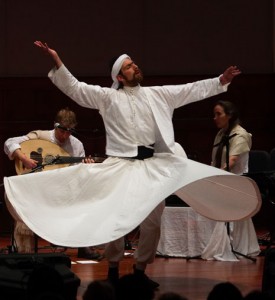 It is also sacred medicine, a healing balm of tender love that can soothe the ravaged places of our pain, brokenness and sorrow.  We are brought home again to our soul’s truest belonging in the Beloved. And what sweet nectar for our insatiable thirst sacred music is as well!   It can raise us to the ecstasy of the stars, to the secret prayers of longing and glorification of the angels.  We are finely tuned to the harmony of the spheres and the Divine Presence.

When the cares and limitations of earthly life are like heavy chains weighing down the wings of our soul, and when we have become tired of all the false remedies which the world promises, let us listen, let us taste, let us be immersed in this gizah e-ruh –  the nectar of the soul! And simply be the Beloved’s music.