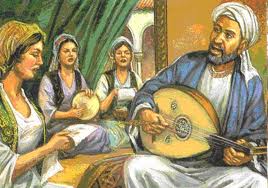 Islam is like a clear stream, with well defined characteristics, which is the same everywhere. But the soil over which the stream flows can be very varied. Moreover, in each case, the water will take on the colour of the shores, the sand or the earth which forms its bed. – Jaques Jomier, O.P. 1914 – 2008

The heartlands of Islam are spread throughout the Southern Asia, Central Asia, Iran, the Middle East, Horn of Africa and North Africa. The wide dispersal and multi-ethnicity of the religion, means the musical expression of its adherents is diverse to say the least. The indigenous musical styles involved have shaped the devotional music that will be familiar in contemporary Islam. 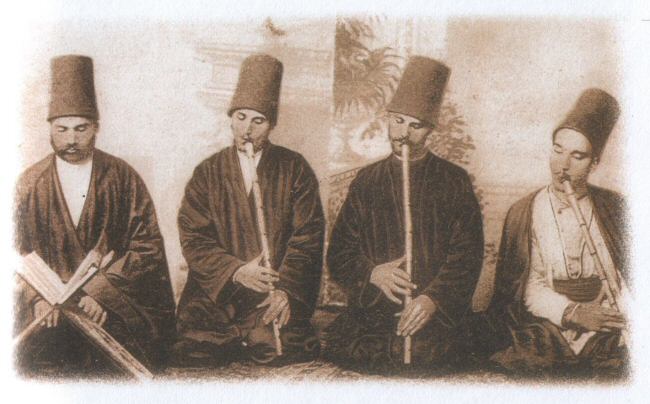 Influences on early Muslim musical tradition include Berber, Rai, Chaabi and genres from other Arabic-speaking countries of North Africa. East African music styles, meanwhile, include the highly Arab-influenced Taarab genre. A long history of court griot music based on historical accounts and praise-singing exists in parts of Western Africa. Wind and string instruments, such as the Kora or flute are generally preferred to percussion, but where percussion does play a part, instruments such as the talking drum and djembe are common.

From throughout central, south and southeast Asia too, influences that bring to bear on styles have their beginnings in territories as widespread as Uzbekistan, Pakistan, Bangladesh, Sri Lanka and Indonesia.

The overall permissibility of music in Islam has not always been unequivocal. Some classical era- Muslim scholars opined that music is forbidden both by the Qur’an and by the Hadith (sayings of the Prophet Muhammad). Among those who do not allow music a belief is held that Muhammad censured the use of musical instruments when he lumped them in with words like adultery, silk and alcohol.

Others, however, permit music stating that the prohibition of music and instruments at the time of the Prophet related to usage; at the time the polytheists used music and musical instruments as part of their worships. One narration, however, expresses approval of music, provided it be to virtuous ends. 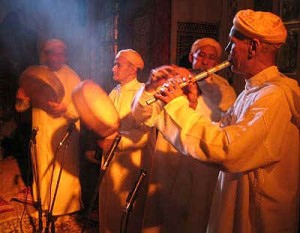 Instrumental music was forbidden by the orthodox in formative Islam. The place of singing was largely taken by a sophisticated and artistic form of the recitation of the Qurʾān called tajwīd. Nevertheless, royal courts of Islam would often generously patronize and cultivate music. Its influences included Persian and Greek music. The 10th-century philosopher Al-Fārābī, is credited with having invented a type of organ called the arghanūn. In India, Amīr Khosrow, a 14th-century poet and mystic, produced a hybrid of Indian and Persian music and influenced the development of later Indian music itself.

Traditionally, Islamic music has been limited to the human voice and percussion (drum). But within these constraints, Muslim artists have been both modern and innovative. Acknowledging that the beauty and harmony of their voices are bestowed by God, some Muslim thinking uses music to remind people of Allah’s teachings. The Arabic term for this type of songs is nasheed, and among popular artistes associated with this are Yusuf Islam (formerly Cat Stevens), Sami Yusuf and South African singer/songwriter Zain Bhikha.

Between the 9th and 12th centuries too, Spain was a cradle for musical innovation, notably the development of new poetic forms such as the muwashshah and the zajal, that had a less prescriptive rhyme and metre structure than the classical qasidah or formal odes. Worthy of mention too is the nawbah (“suite”), a form that included songs and instrumental music – free or metrical – that were linked together by melodic mode and rhythmic patterns. After the expulsion of the Muslims from Spain in 1492 this musical tradition was transported to North Africa, where it partially survived.

From the beginning of the 19th century, Islamic music first came into contact with Western music. This helped to bring about a widespread musical renaissance, with the two main centres of influence being in Egypt and Syria / Iraq. Syria and Iraq remained restricted to their own periphery, while the Egyptian school developed Middle Eastern music in a more mainstream style. Emphasis shifted from the display of individual virtuosity and personal creativity to ensemble performance.

Vocal music still predominates so that almost all of the Near Eastern musicians who are renowned as singers. And among those particularly influential in the modern genre would be ‘Abduh al-Hamuli, Dahud Hussni,’Abd al-Wahhab, Farid al-Atrash, Fayrouz, Sadiqa al-Mulaya, and Muhammad al-Gubanshi.

Modern Arab theorists also have produced valuable treatises. For example, 19th-century theorists Michel Muchaqa of Damascus and Mohammed Chehab ad-Din of Cairo introduced the theoretical division of the scale into 24 quarter tones. At the 1932 Congress of Arabian Music in Cairo, there was a forum for current analysis of subjects such as musical scales, modes, rhythms, and formats.